One thing that interests me a lot (I assume it interests a lot of breeders – at least it should) is the genetic variation in our breed. I will split my blog into three posts as I believe it is a lot of heavy information. The three parts I will post are:

Let’s just start with the expression itself. What does the term “genetic variation” mean? 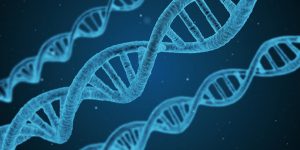 So, when we speak about genetic variation we are speaking about differences DNA sequences. It is important to remember that if we would have two dogs with the exact same DNA sequence – their appearance and behaviour could still vary a lot. That variation would be due to environmental factors such as nutrition, lifestyle and exposure.

What if there was no genetic variation?

If there was no genetic variation (e.g. everyone reproduced by themselves) it would ultimately lead to extinction of that species. One example is the Irish Potato Famine that occurred in Ireland in 1845–49 when the potato crop failed in successive years and caused massive starvation. Although the famine ultimately had many causes, the disaster would likely not have been so terrible had more genetically variable potatoes been planted. Some potatoes would have carried the right genes to make it through the epidemic, and more of the resistant varieties could have been planted in the years following the first epidemic. Later, scientists identified resistance genes in a potato from South America, where farmers have preserved the genetic variation of potatoes by growing many cultivated varieties alongside the potato’s wild cousins. 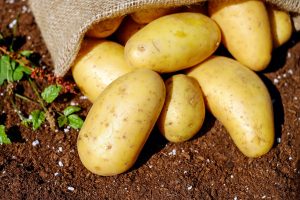 Similar scenarios have been seen in cheetahs and could happen to all kind of organisms where there is a lack of genetic variation in the population.

A “gene pool” is the total genetic variation in a population, which means the total genetic variation within the breed in our case. It is important to understand that a breed’s gene pool is based on the genetic material that was first available from the founder dogs. If no new dogs are introduced into a breed, then no new genes can be added and the gene pool is likely to reduce in size. As you understand – this is the case in all pure bred dogs.
Since a gene pool represents the total number of genes found within a population, those populations (breeds) with larger gene pools tend to have more genes, and hence, more genetic diversity. Each gene has a specific purpose, such as giving the dog a particular characteristic, resistance to a disease, tolerance to harsh climate, and so on. Therefore, a population with a larger genetic diversity will be better prepared to deal with disease outbreaks or extreme environmental changes, because they will, most likely, have those genes that protect them from such adverse changes.

Breeds with a lesser number of genes in their gene pool will be susceptible to such problems, which may cause them to become endangered or even become extinct. Therefore, populations with a large gene pool will have more chances of survival, while those with small gene pools are in danger of acquiring genetic diseases, deformities, and infertility. And that is why we want to keep the gene pool as large as possible, while maintaining the characteristics and traits we love so much.

In a small, isolated population of dogs, individuals may be forced to breed with close relatives. When this happens, the genetics of the individuals becomes more and more uniform, and genetic flaws become increasingly more common. This is called inbreeding.
When closely related dogs interbreed, any genetic weaknesses that are hidden in the parents can be multiplied in the offspring. For example, dogs can be carriers of a gene for an inherited disease, but not show any symptoms. If they mate with a partner who is also a carrier, then the offspring may exhibit symptoms of the disease. In an inbred population, chances are greater that carriers will interbreed. Over time, the entire breed population is weakened and this can be seen as smaller litter size, increased neonatal death, high frequency of genetic disease, or impaired immunity.

Today, we know a few disorders that some dog breeders do take DNA-tests for – but we should be aware that genes mutate and we don’t know when new disorders pops up in our breed (or in any breed). This means it is a risky business not to work hard to keep a sound genetic variation in our breed. Of course, that does not mean using ANY dog just to increase the variation, but we should aim to use a much larger amount of dogs than we do today.

In my next post, I will discuss what can be done to secure and increase genetic variation.