During the first two weeks, which is called the neonatal stage, the puppies are both deaf, blind and toothless. They can’t regulate their own body temperature in other ways than moving close to or away from their mother and litter mates. They use their front feet to drag themselves towards a heat source or their milk supply and they use their heads about to search for a nipple, and they can latch on and suck strongly.

Even if the puppies are not completely helpless – they do rely on their mother to take care of everything; keeping them warm, feeding them, and keeping them clean. They have little control over the rear end of their bodies and the mother dog washes them and licks their bottoms to encourage elimination, licking up and swallowing anything they produce to keep her babies and their nest scrupulously clean.

The puppies are growing rapidly during their first week to ten days and will in most cases more than double their birth weight. During the first week some changes are taking place under their eyelids to prepare them for opening. A puppy’s eyes don’t open suddenly, it is a gradual process and usually begins during the second week of life. Some two week old puppies will have their eyes fully open and most will be at least partly open. Ears open at this point too and the puppies will begin to hear. Somewhere between week 2 and 3 the puppies will begin to stand up as well.

Our ”Precious” litter is turning two weeks old today, 28th of June 2018. As should, the first two weeks have been calm and not much has been required from me as a breeder. The work needed has been more or less completely handled by Lykka herself and this is the important period of time when the maternal bond is established. My work as a breeder is “merely” to gently handle the puppies on a daily basis to make sure they are developing well, and to ensure the mother is doing well.

Practically, this means I make sure the puppies are eating well and gaining weight, and that the umbilical ring heals and closes as it should, and that they are not too cold or too warm. By the beginning of week 2 I cut their nails for the first time.

When it comes to the maternal care, I make sure Lykka gets enough water and try to feed her in a way that will not cause diarrhoea (which easily happens after delivery if one is not a bit careful). I continue to frequently check her temperature to make sure it is dropping after delivery and make sure she takes time to go out to go to the toilet. I continuously check her nipples so they are not red, hard, hot, or in other ways feel or look wrong.

It is also my job to make sure the mother is feeling safe and relaxed – keeping the other dogs and people away and out of sight. At the same time she wants to have company, so I am spending quite some time with her in the whelping box. We cuddle a bit, but mostly she just wants me to sit there with her. The room is quite dark and I keep the room temperature around 20 degrees and adjust it if I notice the puppies or Lykka are feeling uncomfortable in any way (I have an air conditioning unit in another room, which helps keeping the temperature down on hot summer days).

The puppies of our “Precious” litter are already wiggling around on their legs. The eyes are almost completely open on all six of them and the ears are opening slowly as well. Even if their vision initially is poor, they will now slowly start to see. They also start to hear what is going on around them. That means it is time to start to introduce the sights and sounds of family life. The coming week is the first week of socialization, which means I will be a busy woman from now on and until delivery! 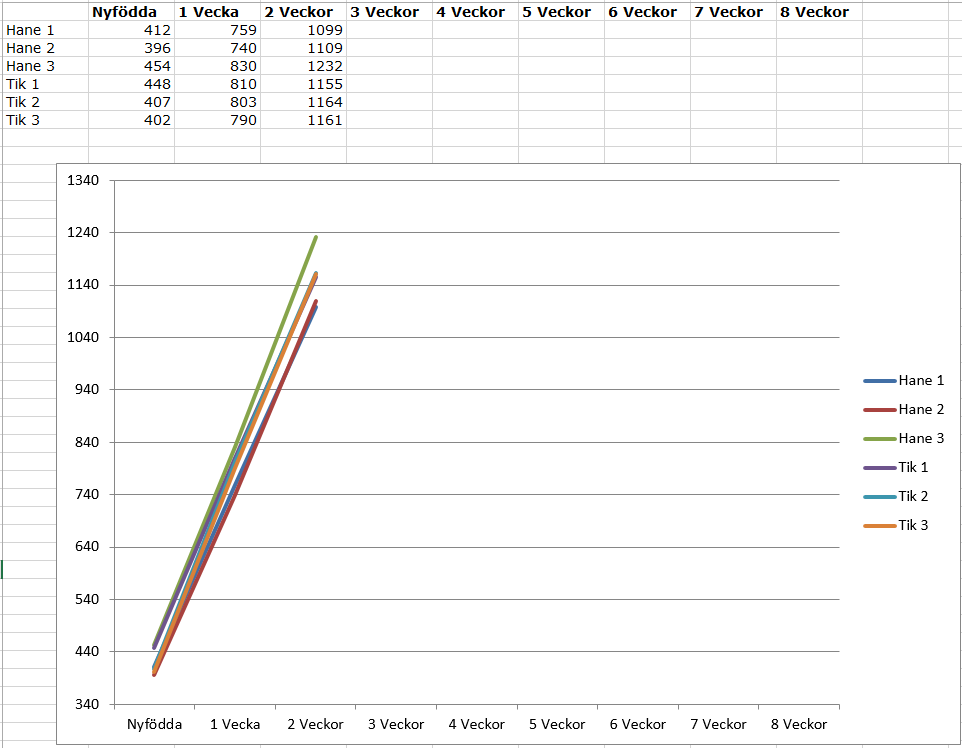