Today the gang is turning 3 weeks and we are moving into week 4. The past week has been a week of rapid change and the puppies has begun to show some of their adult characteristics such as showing their first social signals by practicing growling and wagging their tail. They have, increasinlgy over the week, started to respond to light, movement and noise. They have also started a bit of play fighting with their siblings.

This means I have started to play different sounds for them. Not all at the same time of course, but 5 minutes maybe twice a day thay have listened to different sounds. The puppies have heard plenty of different sounds this week; including different voices and tones, dogs barking, thunderstorm, music and vacuum cleaner.

They also start noticing and examining different things, so I put objects of different materials into the whelping box. Materials they have experienced so far is: different kinds of plastic and rubber, metal, paper, cardboard and fur. They have also smelled vanilla and cinnamon sprayed on a towel.

I have handled them all very gently a couple of times each day; lifted them up, touched their paws, stroked and kissed them. I have been putting my head down in their height and allowed them to examine my face by sniffing, licking and sucking.

In the end of week 3 i presented minced beef mixed with egg yolk and gave them in small, tiny servings (pea size) and they went nuts! The day after I had a sandwich with ham and just happened to put my hand down to help one of the puppies and they all started sniffing like maniacs and started whining for food. They have also tried to drink water from a low dish.

All above has been done very carefully – keeping a close eye on their reactions. I have only changed objects once a day (and kept them there for half a day) and returned the same objects two days later. I have only played sounds on a suitable volume level depending on type of sound. Evrrything I do, I do while keeping an eye on each puppy’s reaction and making sure all of them are confident and happy.

Also, now – in the end of week 3 they have start to relieve themselves without the help of Lykka. And yet another thing I noticed on day 19, when handling them, was that their first set of teeth, often referred to as ‘milk teeth’, have started to erupt.

The past week has been another rather calm week, but now the gang starts to move faster and they have noticed where mum is leaving and entering the box so it is about time to move out to the puppy pen.

Also – just to make sure you all know: 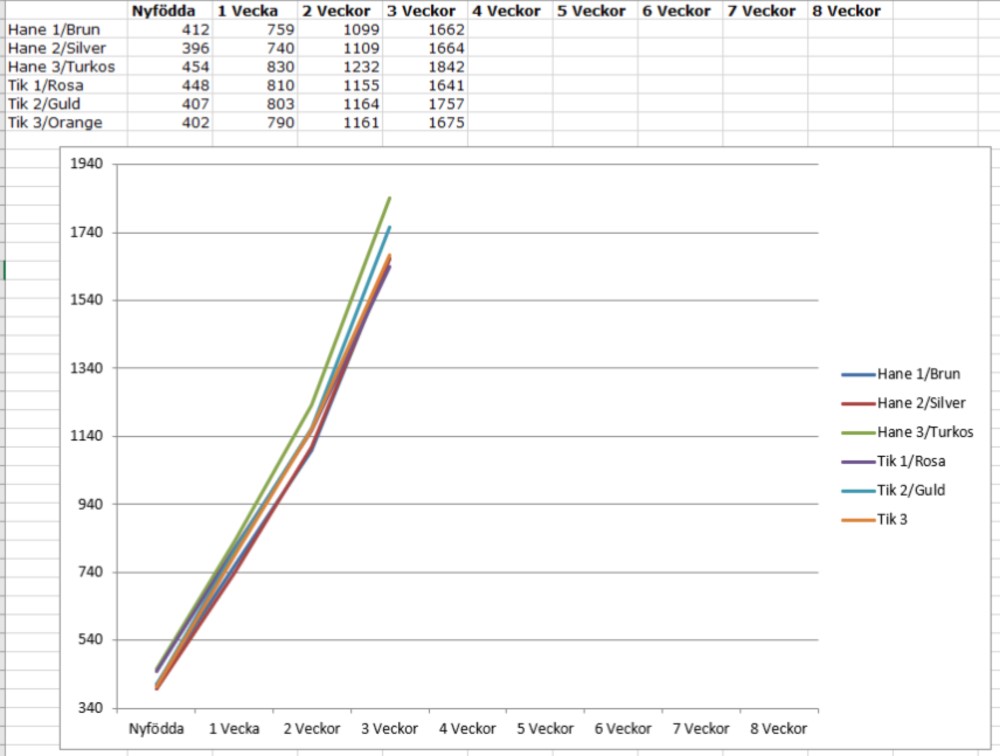